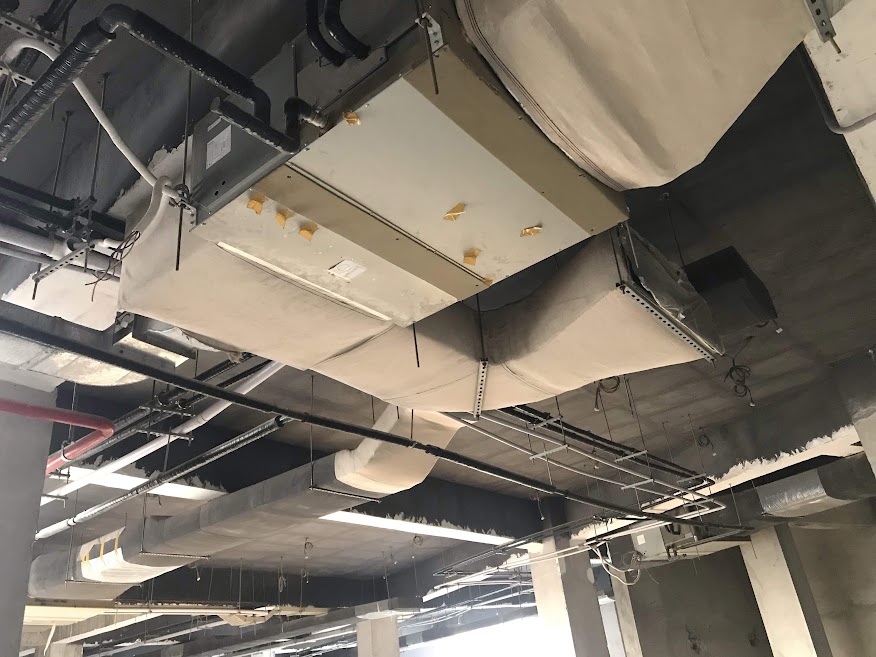 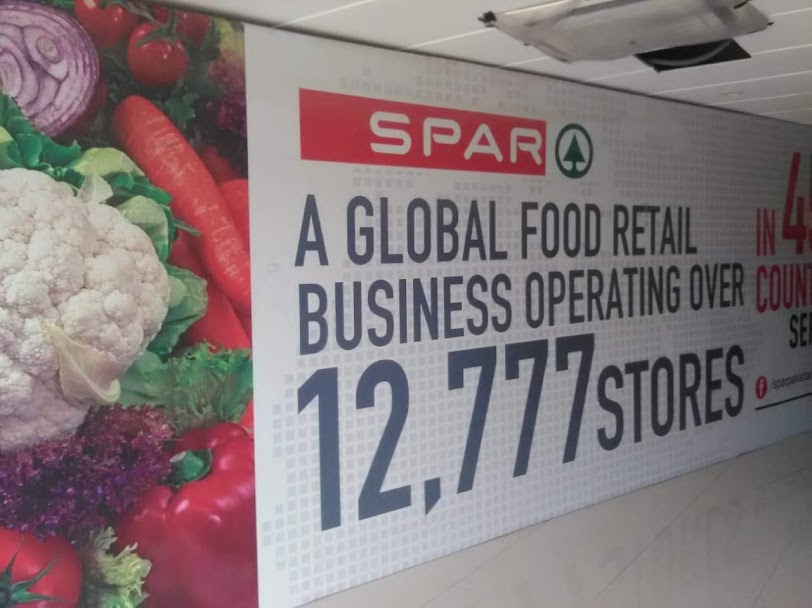 UK: The annual IoR Scotland dinner cemented its position as the air conditioning and refrigeration industry’s premier event with a sell-out, record attendance of 490 guests on Thursday night.

This year celebrating its 40th anniversary, the dinner was again held at Glasgow’s Crowne Plaza Hotel. The annual event, which has already raised nearly £50,000 for charity, was this year supporting Calum’s Cabin, a holiday retreat on the Isle of Bute for children suffering from cancer, and the Prince and Princess of Wales Hospice, a charity looking after the palliative care needs of people living in and around greater Glasgow.

One of the highlights of the evening, IoR Scotland’s annual awards, saw the host, Scottish singer Michelle McManus, announce Phil McGrath of KB Refrigeration as winner of this year’s Kooltech Award for contributions to the Scottish refrigeration industry. Currently head of business support and services, McGrath has been with Glasgow-based KB Refrigeration for 40 years.

Declan Wallace of Bellshill contractor William Whitfield, and a student at Glasgow Kelvin College, was named as Apprentice of the Year.

The backers of the Global Cooling Prize have announced the eight finalists who will compete for the top prize of one million dolllars and runners up prizes worth a further $2 million in total. Entrants were assessed on their technology’s ability to offer have at least five times lower climate impact than that of the baseline AC unit of a 5.3 kW fixed speed split AC unit with an Energy Efficiency Ratio (EER) of 3.5 and using R410A refrigerant with a GWP of 2088.

Finalists come from around the world and represent companies large and small: Gree Electric Appliances. of Zhuhai, China; Daikin AirConditioning India;.Godrej and Boyce and ATE of India; S&S Design Startup Solution, also of India; Transaera Inc, M2 Thermal Solutions and Kraton Corporation, all of the US and Barocal of the UK.

The eight teams selected pitched a wide range of technologies, including smart hybrid designs of vapor-compression designs, evaporative cooling designs, and solid-state cooling technologies that use little or no global warming refrigerants.

Sir Richard Branson, Founder and CEO of the Virgin Group and global Ambassador for the Prize said: “It gives me immense satisfaction to say that we have received some absolutely revolutionary cooling ideas, What makes this competition especially exciting is the market transformation opportunity. It could be one of the biggest technology-based steps we can take to arrest climate change. Congratulations to the finalists of the Global Cooling Prize. I look forward to following all of you on your journey to winning the Prize and scaling your solutions globally.”

This solid-state Barocaloric cooling technology takes advantage of the properties of solid organic “plastic crystal” materials to provide cooling. By applying pressure to these organic solid crystals, it is possible to change their molecular orientation which results in a solid state phase transition, thus causing a change in their entropy (degree of disorder) which leads to a temperature change of the system.

The process of continuously “applying and releasing pressure” on the Barocaloric material results in solid-to-solid phase changes in the crystals which results in large thermal changes due to molecular reconfiguration. This produces a cooling effect which can be delivered either to the room air or to produce chilled water for cooling. These plastic crystals are flexible materials that are widely available and are low-cost and non-toxic. Research shows that the thermodynamic behaviour of these plastic crystal materials is very similar to commonly used refrigerants, which has the potential to create a viable and alternative cooling approach to the century-old vapor compression technology.

The recently completed warehouse in the Danish city of Vejle will deliver goods to REMA 1000’s shops in western Denmark.

REMA 1000 is a multinational no-frills supermarket chain owned entirely by the Reitan Group. It supports more than 800 subsidiaries in Denmark and Norway.

The REMA 1000 project, which began in the summer of 2018, was described by CO2 systems specialist Advansor as “the biggest compound system in company history”.

The project began in the summer of 2018 with Advansor in charge of planning and realisation of the refrigeration system in collaboration with ICS Industrial Cooling Systems. The system was built from scratch, but the building itself is a former dry-storage warehouse.

The refrigeration system has a total capacity of 940kW at -4°C evaporation temperature and 32°C ambient temperature. And it is quite large, too, at 10.8m long. Six Bitzer EcoLline+ compressors ensure the medium temperature application, while two additional EcoLine+ compressors provide for even greater efficiency in parallel compounding.

Bitzer has has collaborated with Advansor since the German compressor manufacturer first started producing CO2 models, and REMA 1000 already uses Bitzer compressors in all of its shops.

“Bitzer is our preferred supplier. We get around 95% of our compressors from Bitzer,” said Advansor’s business development manager Kenneth Madsen.

He explained that this project marked the first time Advansor had opted for EcoLine+, mainly because of its high efficiency. It was also the company’s first experience with a line start permanent magnet motor (LSPM).

The LSPM motor is said to increase seasonal performance factor by more than 10%. These motors can be connected directly to 50 or 60Hz networks, offering higher efficiencies in both full and part load operation. Permanent magnet motors are robust, easy to use and can operate both directly on the mains network and with frequency inverters.

“Very few other technologies would be suitable for this system. They simply can’t handle the cold climate here,” explained Madsen. “The fancy stuff with ejectors and the like wouldn’t be worth trying out in an application like this. LSPM is a good technology because it works in any climate.” Advansor’s system design combined with LSPM is said to enable a new level of energy efficiency – by more than 10%.

“Natural” refrigerants are common in Denmark due to charge size limits on HFC refrigerants which have been in place since 2007.

“In Denmark, it’s probably easier than in other countries for these systems to gain a foothold. But it can still be difficult here.,” explained Kenneth Madsen. “Hydrocarbons would not be an option. Ammonia, perhaps, but most distribution centres and smaller businesses rely on CO2 because it is cheaper to both acquire and operate. Five or 10 years ago, this project would have opted for an ammonia system – but now the focus is on CO2 for such cases.”

“The demand for industrial CO2 systems is constantly increasing, especially with permanent magnet motors, because they save on operating costs and reduce the impact on the climate,” claimed Advansor’s Denmark country manager Casper Christiansen. “Of course, compressors with these motors are more expensive to acquire – but this investment pays off within just a short period of time.”

UK: The Institute of Refrigeration (IoR) celebrates its 120th anniversary next month with a talk on the history of the HallScrew compressor at the equally historic RAF Museum in Hendon.

The IoR was formed at a meeting chaired by R M Leonard with 16 interested individuals on the 8 December 1899 at the London Chamber of Commerce. Leonard, editor of Cold Storage and Ice Trades Review, a forerunner of RAC magazine, subsequently became the first secretary of the Cold Storage and Ice Association, as it was initially known.

To mark the occasion, Terry Young of J&E Hall will chart the development of the HallScrew compressor, first introduced in 1972 using a concept of single main rotor plus two gate rotors. This talk describes the challenges encountered during the development process, from the first open drive prototype to decades later a compressor that encompasses innovations and advanced design features necessary to meet today’s shifting world of refrigeration.

The joint meeting with the London Refrigeration and Air Conditioning Society will be held at the RAF Museum in Hendon on December 4. Before the presentation, those attending will have the opportunity to explore the Museum and discover the fascinating story of the RAF.