​What construction projects should you be pricing? 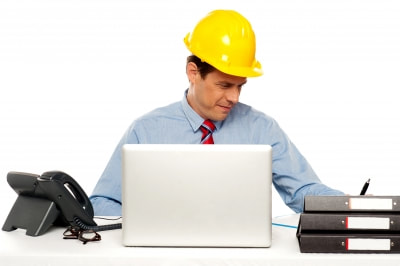 Some contractors are like some actors. They sign up for every project that crosses their desk.
This often means that the estimating team works long hours and price estimates are rushed. Little thought is put into ways to make the price more attractive to the client.
When pricing is rushed it could result in errors with the price, which could mean that the price is too high, so the company doesn’t win the work anyway. It could also result in the contractor not winning the project. Often it takes more than just having the lowest price to be awarded a construction project.
In addition, contractors may end up winning the wrong project – one which they don’t have the resources or expertise to complete successfully.
Contractors should focus on pricing the right project, then put all their thought and effort into submitting a winning bid.

​What is the right construction project for your company?

Construction projects vary hugely in size, type, location, risks, and clients. Not all projects may be suitable for your company right now. In fact, some construction projects are best avoided if they’re excessively risky or the client is difficult.
Picking the wrong project can be disastrous, while the right project can lead to bigger and better projects later. It’s important to understand the project fully when pricing it and be selective about which projects you price.
It’s also important to consider the pricing or bidding procedures.  If there are multiple contractors pricing the project, your chances of winning the project may be slim.
Sometimes there are competitors who have strong relationships with the client, have more expertise in the type of work, or that are already operating in the area. These competitors will have an advantage over your company, and it may be difficult to win the project.
Try to pick construction projects that are winnable. Don’t waste time pricing projects that will be nearly impossible to win.

All the above points would seem obvious, yet, it’s surprising how often they aren’t considered by contractors as they get caught up in the excitement and possibilities of pricing a new project. After all, what could go wrong?
​This article was first published on the ClockShark website. To visit this website and continue reading the article click on the link above.
Please share this post

JAPAN: Panasonic has launched an evaporative cooler in Japan, which relies on an ultra fine mist to reduce temperatures in outdoor environments.

The Green air conditioner sprays an extremely fine mist with a particle size of about 10μm. This is said to ensure that the water mist evaporates quickly, reducing the feeling of wetness and achieving an efficient temperature drop.

Also, by generating a swirling air flow during mist spraying, a dome-shaped cooling space with a diameter of about 2m, which is less susceptible to crosswinds. It is said that the temperature can be reduced by up to 7ºC.

It is also equipped with a remote monitoring and control system that can automatically control the spray according to local weather forecast data.

Units have already been installed at Odaiba Rainbow Park, a popular tourist spot that overlooks Rainbow Bridge and the sandy beach facing Tokyo Bay and at Shimbashi Station in Minato-ku, Tokyo.

​Is your Construction project making money or losing money? 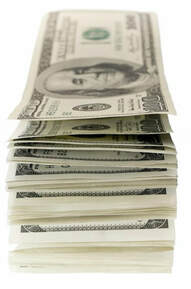 Several years ago, our monthly cost reports on one construction project showed we were losing money on concrete materials. The matter remained unresolved and the losses mounted. Furthermore, our progress was often held up due to a lack of cement.

Over several months the cement truck drivers had stolen half a million dollars of cement. This resulted in a shortage of cement because the project wasn’t receiving all the cement they were supposed to get, which delayed the project.

The above example illustrates the importance of monthly cost reports. Without them, these problems could have gone undetected. Forever.

But, cost reports are useful in other ways. For example, one company I worked at built several cooling towers, and each time we lost money. No matter how we priced or planned these projects we always lost money. We never seemed to have the right price or construction methods. We eventually decided we couldn’t make money on these projects and avoided pricing them again.
​
Sometimes we have to accept that we’re not particularly good at some construction projects and we should leave these projects to other contractors.

​Monthly cost reports are useful for a number of reasons:

Ongoing innovation to expand the capacity of heat pump technology for both industrial and commercial use can help realise European demand for waste-less heating and cooling, manufacturers have argued.

The claims have been made by the European Heat Pump Association (EHPA) during a special event earlier this month that brought together industry, civil society, and policy makers. The event discussed the role that heat pump technologies can play to address challenges in realising lower carbon buildings and functions around the EU.

A key theme of the discussion was the need for new policy approaches in Europe to consider their capacity and higher temperature heat pumps for addressing significant challenges to rethinking building design and functions.

The EPHA argued that these technologies, based on their growing use in sectors such as the dairy industry, reflected how heat pumps can reduce the footprint of energy-intensive industries.

Eric Delforge, chair of the associations working group for industrial and commercial heat pumps, argued during the event that waste-less cooling or heat generation could now be viably demonstrated in production processes through larger scale technologies.

Mr Delforge added that “bold policymakers” were required across the EU to push for greater consideration of heat pumps in energy intensive industries in a similar manner to how more efficient fridges and lightbulbs were once advocated.

Dr Paul Rübig, an MEP representing the European People’s Party, argued during the event that cooling and heating were widely recognised to be the most significant contributors of carbon emissions in the EU and required drastic new approaches in technology and political thinking.

He said, “The best energy is the one that is not consumed. Therefore, technologies should be promoted that further increase the energy efficiency of industry and households.”

A second iteration of the EPHA’s brochure on the opportunities for larger scale heat pump adoption in Europe was due to be released by the middle of next month, the organisation said.

The UK government is meanwhile in the process of determining what role gas and electric technologies will play in trying to transform its buildings to meet ambitions to realise lower and zero carbon buildings over the next three decades.

Production management is a process of planning, organizing, directing and controlling the activities of the production function in an organization to achieve the goals of an organization.

Production management is the study (practices) of planning, designing, and production systems and subsystems to achieve the organization goals.

The four objectives of the production management is ‘to produce goods services of right quality and quantity at the right time and right manufacturing cost.’

2. Right Quantity:
The manufacturing organization should produce the products in the right number. If they are produced more than demand the capital will block up in the form of inventory and if the quantity is produced in short of demand, leads to a shortage of products.

Some of the key features of production management are as follows.